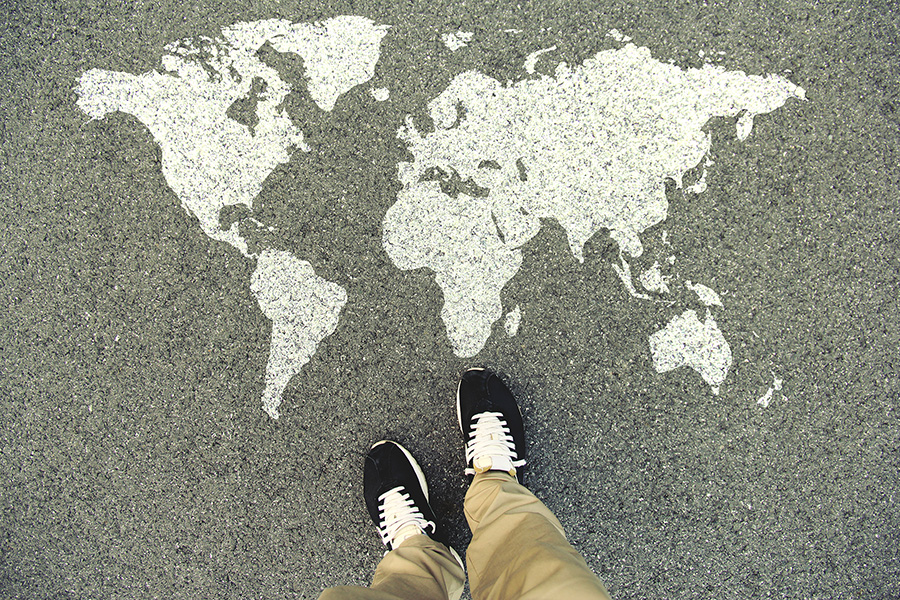 “We take care of our employees,” stated Tobias Bayerstorfer of Bauer Training Center GmbH (BTC). “Not only financially and in terms of insurance, but also personally. There is a difference whether I am in charge of a project in Germany or in Central Africa. That’s why we train and coach our employees on the subject of safety abroad.”

“I’ve been all over the world: in Africa, on the Arabian Peninsula and in South America. And nothing has ever happened to me.” This was the tenor of some of the participants at the safety training for business travelers of the BAUER Group in Schrobenhausen. And yet they listened seriously to the comments and explanations of trainer Oliver Schneider from Riskworkers GmbH in Munich, because it is often the little things that pose an increased risk for business travelers abroad: a wrong turn off the highway, a sudden grab in the jacket pocket, the pressure on the shutter release of the camera – in some areas of the world these will quickly bring problems. During the safety training from Riskworkers GmbH, the employees of the BAUER Group learned how to get out of dicey situations in one piece – or how to avoid getting into them in the first place.

Not that the employees of the company who took part in the seminar on March 24 in the north of Munich had never been on the road in risk zones before. But much was new to them as well. The aim of the seminar is to train an eye for imminent dangers and to develop strategies for emergencies. This includes, for example, not fiddling with your cell phone or smartphone on the street and not showing off an expensive ring and gold watch to indicate that money is up for grabs.

“Grey mice live longer” is Schneider’s motto. This includes observing one’s surroundings before getting into the car. And not letting yourself be tempted by wood glue-filled condoms flying against the windshield to get out of the car – and become a victim of carjackers. That’s a popular scam in South Africa right now.

“If someone becomes a victim of a robbery completely unprepared, they are more likely to panic and perhaps make a crucial mistake,” said Schneider. Those who stick to a few basic rules, such as keeping their hands up, showing their palms, not making any frantic movements, only taking money out of their pockets slowly with advance notice and placing it at their feet, stand a better chance. But such dramatic events are the exception. For Bayerstorfer of the BTC, the main purpose of the training is that the participants behave with more awareness of security on future foreign assignments without becoming paranoid, that they observe their surroundings more closely in order to recognize dangerous situations in advance and avoid them. “Target-oriented, competent and practice-oriented preparation for future foreign assignments was best conveyed by the training from Riskworkers GmbH,” said Bayerstorfer.